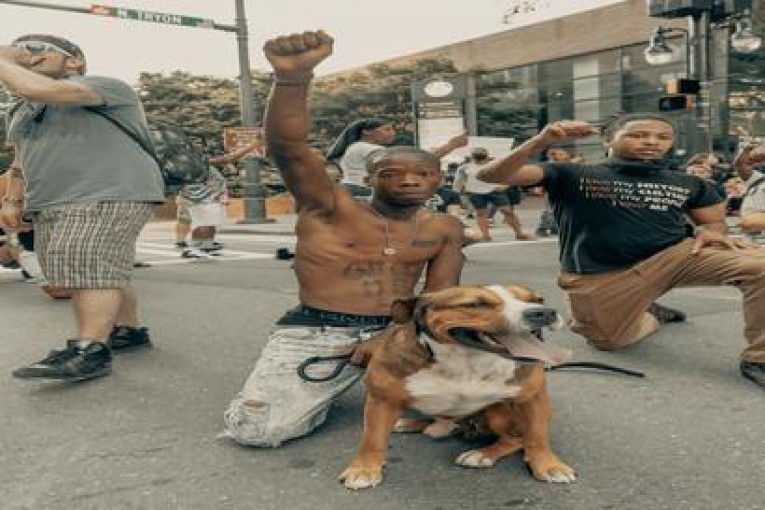 There’s absolutely no question about it. In a nation where black men and women are killed without any justice for themselves or their families, the world needs to know just how much black lives matter.

People still are struggling to understand just how important it is to support the movement to end racism. It’s insane to think that racism is still such a huge part of our nation in 2020. If you’re looking for great influencers to help you navigate the BLM movement, look no further.

Below are 20 fantastic influencers who whole-heartedly support the fact that black lives matter.

Michael B. Jordan is far more than an influencer; he is a fantastic actor and an amazing man. He currently has over 13 million followers on Instagram. He recently posted in support of the black lives matter movement, saying that one arrest isn’t enough; this is just the beginning. Although he is far more famous than some others on this list, he is still down to earth and is a great supporter of human life.

Bunmi Laditan is best known for her work in the parenting industry. She has tons of great content available that can help any new parents learn the art of parenthood, which is definitely no easy feat. She is highly respected and can help out any business. She has amassed a large following on Twitter and is a fantastic influencer; she is completely focused on doing good for her community.

Yara Shahidi is actually best known for the role she played on a show called “Grown-ish”. Even as an actress, she was a great activist and has been fighting for changes in her community and in the nation since she was young. She now works with youth and with young adult members of the community to spread awareness on important social issues, like the current black lives matter movement.

Jessamyn Stanley is a black influencer on social media that focuses on fitness. She is absolutely inspiring and can help anyone find success when it comes to meeting her fitness goals. She is a fantastic option when searching for an influencer because of her niche; she can directly influence those around her who are searching for ways to become more fit and to hit their goals.

Jamie Broadnax is all about giving a voice to black women who haven’t been heard for far too long. She is the founder and the editor of an online community called Black Girl Nerds, which is a group of people who celebrate black women who are geeky and dorky. It’s extremely cute and helpful for women who have felt marginalized in the past; she is truly an influencer who has made a difference in the world with her actions.

The best way to describe Asiyami Gold would be as she does herself; she calls herself a visual storyteller. She travels all over the world to find the perfect shot; and it’s not always just a shot of her in front of a monument. In fact, it’s generally a cool food that she’s found, a unique person she’s met, or a fun experience she’d had – that’s what gets posted. You’re never bored when you see her great content.

Nyesha J. Arrington goes by Nyesha Joyce on all of her different social media accounts. She is best known and most followed for being a chef who is working in Los Angeles; the photos she posts of her food are absolutely divine, and she would be a great influencer for those marketing cookware. You might also know her from tv shows like Knife Fight and Top Chef. Her colorful and delicious food makes her page unique.

Robby Novak is a young influencer looking to make real change in the world. Far too often celebrities look as their influencing position merely as a way to make a lot of money; Robby sees past the cash flow of his position and instead seeks to bring kids into hard conversations about injustice, race, and change. His millions of views on Youtube are proof that his efforts have already changed the world.

Tracy Boomeisha-Ann Clayton is one of the funniest people on any social media wherever you look. She has become a top influencer on this list due to her wit and her humor – you can always rely on here when you need a laugh. She is also a Buzzfeed contributor, which makes sense given how much people love her sense of humor and her personality.

Ellarie is best known for being given the title of mommapreneur. She has millions of followers on Instagram, making it clear how much she is loved by the masses. She is best known for doing great makeup and hair tutorials. She also has some great experience as an influencer under her belt; she has partnered with Smashbox Cosmetics and Covergirl in the past, making her a great, well-rounded influencer.

Cydnee Black started her social media career when she was just a small, unknown makeup artist in Denver, Colorado. She grew extremely quickly to popularity due to the fabulous and unique look that she achieved through her strategies in makeup. She is best known for her ability to teach hair and makeup tips extremely straight forward; literally anyone can learn from her!

Allyson Felix is extremely well known for her huge contributions to the athletic world; she has won six gold medals in the Olympics for sprinting. She has also won three silver medals. She is one of the best on the track and she’s one of the best on social media; she has hundreds of thousands of followers on every platform for which she has an account, and she helps thousands of people hit their athletic goals.

Ray Boyce is by far one of the most popular black social media influencers that’s on this list. She has millions of Youtube subscribers and millions of Instagram followers. Like some others on this list, she is known for offering great makeup tips, tutorials, and for her great reviews of skin products. You can trust Ray that when you get a product she’s endorsed, it’s the real deal.

Shayla, or how she is known on social media, Makeupshayla, is also in the beauty industry. When you take a look at Shayla, you know exactly why she went into the industry she did: she is stunningly gorgeous. Her makeup tutorials and fun tips have caused her to go extremely viral and get attention from tons of celebrities and companies – including Kim Kardashian. She has already had experience as an influencer having worked with Maybelline in the past.

Chef Danie goes by the Food Architect any time she refers to herself on social media. Of all the food accounts worth following, she certainly has one of the best. She has an incredibly unique perspective when it comes to creating food, and she manages her heritage with her great recipes. She is also well known for having published books and partnering with big names – just one example of her past partners would be Target.

LeBron James probably doesn’t even need an introduction – he’s by far one of the most famous people on this list. It’s important that he be included just as evidence of how important black lives matter is; even with his money and power, he uses his influence to support charities and organizations that push for change and push for equal opportunities for all.

Stephanie Lauretta is known for her contributions to the fashion industry, but she is certainly not limited to it. She has posted all about hair, makeup, clothes, and everything else you could think of. She has partnered with L’Oreal and is ready to keep working hard to support those she loves.

Simone Biles is one of those people that deserve to be absolutely famous. She won five medals in the Olympics in 2016; she’s the greatest gymnast of all time or at least one of the best in her lifetime. She has millions of followers on Instagram and has scored big partnerships in the past with Coca-Cola, Beats by Dre, and Hershey’s chocolate.

Angela Davis has been teaching herself how to cook for decades and started a blog in 2012 to document her experience learning to cook. Despite the fact that she’s self-taught, she has stunning photos of her great food available on her Instagram for all to enjoy.

Oprah Winfrey is perhaps the biggest name on this list. Though almost everyone who follower basketball will know of LeBron, there is no other name in the world that could be said like Oprah Winfrey. She was extremely popular as a tv host and now does very well with the Oprah Winfrey challenge. She is a fantastic woman!